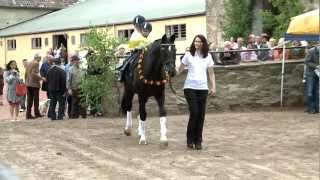 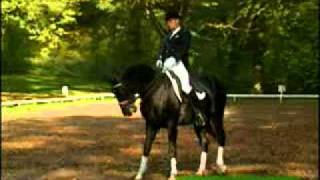 show all 3 movies of Kostolany

On December 10th in 1984, a black colt was born at the famous German stud farm Haemelschenburg. A colt that should later become one of the breed's most successful sires, both of breeding stock and most importantly, sport horses. Kostolany never left the farm in his entire life, he became the NMS champion stallion in 1987, passed an outstanding 100 day test, won FEI dressage shows, and during all this time of fame and celebrity, always was the center of the Langels family.
Kostolany appears in these lists:

You want to know more about Kostolany?
Then register to rimondo for free now!
why rimondo